by KB
Comments are off

So one of my very great friends, Nicola Cross, decided to go to Africa!  Now I won’t say exactly for what, but let’s just say that’s where she ended up and boiiiiii, how has life been a whirlwind for her!  Here is a snippet of her current adventures…
PLEASE NOTE:  The words written are purely her thoughts and not the words or thoughts of anyone else… 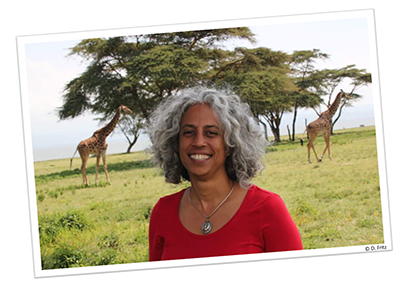 I found myself at the foot of the Nguruman Escarpment in Kadjiado County filming with, and for, Amref Health Africa, the non-profit organisation that began in 1957 as the Flying Doctors Service of East Africa. I relaxed in the green cool shade of the village, after bumping around for too many hours as we drove through beige, grassland interspersed with thorny trees. It took a day to get here from Nairobi but we had stopped to film along the way. We had even came across a swimming pool in the middle of the ‘desert’ surrounded by trendy Maasai youth in their red plaid/navy ‘minis’, draped with necklaces, the latest backpacks and dark glasses- but no sticks! It was at the Private Club of Tata Chemicals, Africa’s largest soda ash plant, on a hill on Lake Magadi. This was the last place with Wi-Fi, albeit intermittent, with which I hoped, and almost prayed, to extend my return flight to London that night or – loose the ticket! …. Cutting it close, I know…. but that’s another story, too boring to tell.

The footage we were filming was to be part of an Amref anti-Female Genital Mutilation (FGM) campaign, aimed at raising money for Amref’s work in preventing female circumcision. Cutting, as it is known in Kenya, is illegal forcing the practice underground. The Maasai, one tribe that practices circumcision have a folktale that explains the presence of cutting in their culture. Once, a young girl, Naipei, had sexual intercourse with an enemy of her family. For this she was punished by having her genitals mutilated to prevent her having sexual desires. The extremity of the cut in circumcision varies from the removal of the clitoris to the most extreme type where it is the l 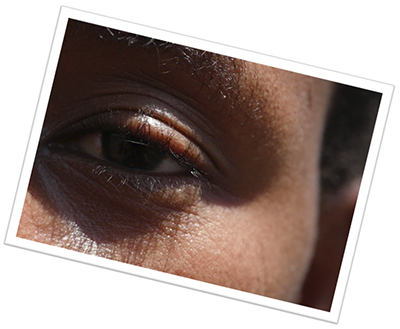 abias that are cut away then held together with stitches or poultices (sometimes prepared with animal dung) so they grow back practically sealing the vagina. A hole is left for urine and menstrual blood to pass through. Sometimes, a matchstick is left in the hole, and is turned as it heals, like when people pierce their ears. Girls who have undergone the cut may have their vaginas ‘opened’ and ‘closed’ at various times in their life- before sexual intercourse, before and/or after childbirth.

In communities where the practice is carried out men want only uncut girls. Mothers, keen to secure their daughters’ futures fastidiously ensure that their daughters’ genitals are mutilated. As modernity creeps in there are cases where parents decide not to cut their daughter and she, horrified at the thought of becoming a pariah, runs away from her family to find someone who will cut her.

The peak season of the cutting of girls occurs at Christmas, over the long holidays, with a sub-peak over the shorter 3-week, August holiday. This provides enough time for girls to be sent to stay with relatives in another location, perhaps an isolated village a day’s drive away, perhaps somewhere so distant that the whole village participates in the initiation ceremonies far from the eye of the law, just not at home where her absence during recuperation might be detected.

FGM, early pregnancy and early marriage are interrelated and contribute to a high, school dropout rate of girls. Girls are cut in preparation for marriage, which soon follows, and thereafter, pregnancy. The drought in Kenya increases the economic strain on families creating an increased need for the dowry that is received from the son-in-law on the daughter’s marriage.

School fees are often too expensive for families and because girls leave home when they marry some fathers see paying for a girls’ education as a wasted investment and cease to paying fees. The postponement of cutting delays marriage and therefore, pregnancy. The longer girls stay in education the more likely cutting can be avoided and marriage and pregnancy deferred. 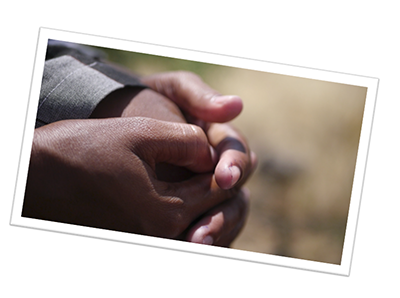 Traditionally, an uncut girl is not an asset. In the same way that in many cultures a girl who is no longer a virgin is not seen to be valuable to a potential husband. So much so that her husband may return her to her family on her wedding night if he suspects she is not a virgin. In Western rhetoric there exists the idea that parents want the best for their children. I wonder what that means in a culture where accessing the route to the best future for your daughter, as regards status and opportunity, is complicated by the risk of death from infection or HIV/AIDS. Of course this dilemma assumes cognisance of the relevant information. A girl’s death, weeks after infection from an unsterile cut or the application of animal dung on her wound, is often not thought to be linked to her circumcision. Neither are any complications that arise during childbirth, years later.

That night under the trees I watched boys of the Luo tribe on Kenyan news being rubbed down with clay to cool their bodies in preparation for their initiation rites. Lower body temperature reduces bleeding. The circumcision of boys is legal in Kenya and circumcised men have been found to have a reduced risk of contracting sexually transmitted diseases, than those who are uncircumcised. Young boys continue to die from infections that result from unsterilized knives.

Driving through this harsh landscape of grass, twig-like trees, termite mounds taller than our land cruiser nicknamed “World Cup” after the trophy and, through a small family of giraffes that seemed indiscernible from the trees, puddles of water in tyre tracks surrounded by plastic drums waiting to be … ‘filled’… and my chewing of dust particles, I retracted my head and camera rapidly into the land cruiser to avoid my eye being taken out by the thorns on branches. 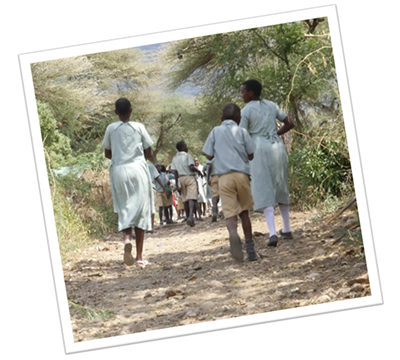 At one point we paused to figure out where exactly the ‘road’ was. As we drove figures swathed in brightly coloured cloth walked alongside us, in the scrub behind there were cattle but mainly goats, all in the orange of the setting sun. This all brought home to me how the harshness of the landscape might have been responsible for the harshness of the cultures within. There was a sense that life was a series of endurance tests.

Maasai morans, or warriors, are taught not to cry. They are initiated into life in this landscape dotted with trees and goats. Maasai appeared as scarlet/purple/navy ‘i’s walking with sticks, puttering past on motorbikes. Morans, whose foreskins are cut, herd cows barefoot and without water, grinning. Sometimes, they raise their hands at us as they carry their herding sticks. We passed a clinic where purple and red and navy spilled out onto the road outside. A young Moran stood with a bandaged arm. ‘Lion attack’ the driver joked, possible but the ‘culprit’ turned out to be a motorbike. We bundled the bandaged Moran into our vehicle. I thought back to Australia where a missing limb was so often a result of a motorbike or sailing accident (not the case in Cambodia). I started to imagine how circumcision may have evolved and how engrained in the culture it is in some places. When one of your sources of water is tyre ruts after a drizzle of rain can you even begin to focus your attention to consider whether it is a cultural aspect that benefits or costs?

About the Author
My name is Karen Blackman. I'm the author of most of the material found on this website. When I write, you will find that my words are as if I am speaking to you directly. I try to be funny, straight to the point and simple. Here's hoping you enjoy! Oodles of Toodles and plenty Hugz of goodness! KB
Social Share

Subscribe to our newsletter to always be up to date! See more, learn more.